I've had my Rivian Blue R1T since July. Read about the purchase process in another post. This post is specifically about one topic and one topic alone. Rivian's semi-autonomous driving feature marketed as Driver+ (Driver Plus) Highway Assist.

ℹ️
In this blog post I use Driver+ and Highway Assist to mean the same thing in context of driving on a mapped highway. Driver+ is a umbrella term that has other semi-autonomous features: lane assist, forward collision detection, adaptive cruise control and more.

Driver+ Highway Assist is currently only available under 2 conditions:

There are various situations where Driver+ Highway Assist will disable and request for you the driver to "take immediate control of the vehicle, Driver+ will disengage."

Read about Rivian's features that are included in Driver+ on their support website. This isn't necessarily the topic I want to draw attention to.

Best of my knowledge Rivian uses both mapping data (node, overlays, etc) from OpenStreetMaps which is also used by GrubHub, Lyft, Doordash and may others that aren't paying for the access to Google Maps (ex. Tesla) or have created their own mapping data (Apple for instance got tired of paying Google premium prices so built their own called Apple Maps).

I'm sure Rivian is collecting all of our GPS coordinates as am I through a community built Home Assistant integration (https://github.com/bretterer/home-assistant-rivian). Especially with Amazon EDVs on the road making deliveries to residential houses having a way for these essential employees to report inaccurate mapping data to the vendor (Rivian or sub-vendors of Rivian) would be important to improve the driving and navigational experience for all the owners and operators in the field. Personally I (and other similar minded owners) would much appreciate a single, one-click button that would simply add a note node to the OpenStreetMap with a very simple tag of fixme: in-vehicle inaccurate navigation data which could be seen by any digital cartographer to fix the underlying map or routing data to improve the experience for the next person/machine.

However, sometimes the problem isn't in the data itself, but rather the software's interpretation of the dataset itself.

Today there are two primary types of toll booths. Those that are traditional style where you drive through a physical obstruction and newer designed ones that are simply overhead (on a bridge or self standing structure). More about each of these and examples of them below.

A traditional style toll booth is a place where tolls are collected either manually or automatically. These style toll booths stop or drastically slow down traffic going through the booth. Most of these were once fully manually controlled by toll workers who would take your money and provide you with change if you weren't paying exact amounts requiring every vehicle crossing them to come to a complete stop. Some roadways like I-90 going through New York State (commonly known as the NY Thruway) you receive a toll ticket when you entered the toll road and you provide that to the toll worker upon exiting the roadway so they knew what amount you would owe based on the distance you drove.

In OpenStreetMap data speak these are represented by the presence of a physical obstruction tagged along the roadway of barrier=toll_booth.

Toll gantries are a newer style of toll booth. However, a toll gantry is either mounted to an overpass/bridge or a new free standing non obstructive structure is erected as to not stop the flow of traffic. Another word for these is "Free Traffic Flow" toll booths as they don't stop or often times even slow down the flow of traffic under/through them. These are becoming more and more common in America as many states (Texas, New York, Maine, Massachusetts, Floria, and many more) are replacing their old, out dated and more error prone retrofits. Another benefit of the these style toll booths is they are specifically designed from the ground up to be fully automated vs being a retrofit to an existing structure. This allowed the system designers to think about ways to enable faster flows of traffic while still earning the state's revenue for maintaining the roadway.

In OpenStreetMap data speak these are represented by the presence of a tag along the roadway of highway=toll_gantry.

What is a Gantry?

A gantry is referring to an overhead structure that is across a roadway. Typically these hold signs either directional or newer style variable-messages for displaying to drivers on the roadway.

When referring to gantry outside of a roadway context it can also be used to define a crane that lifts and moves large cargo containers from a ship at a naval yard or container yard.

If you frequent these highways often you will quickly release that Rivian's Driver+ HA doesn't like the toll booths and will announce to your the driver that a "toll booth is approaching" and that "Driver+ will disengage, prepare to take control".

This to me makes sense if and only if the approaching toll booth is a transitional booth style toll plaza (like the I-95 York, Maine toll plaza that was just demolished this summer and replaced by a fully automated toll gantry).

In my research from a trip I made over the weekend on I-90 (ie. Mass Pike) here in Massachusetts where Driver+ HA was disengaging several times in a row on the trip. I purposefully enabled it after it automatically disengaged due to a "toll booth" warning cause I was surprised that immediately after it disengaged the "Driver+ HA is available" icon showed up on the dash. The Mass Pike replaced all toll booths several years ago and similarly the New York Thruway has also finished their conversion this year.

Mapping data in some areas have yet to fully catch up since the mapping data is crowdsourced (OSM is essentially open source mapping data). So I logged into my OSM account and for the first time other than marking a single bridge as under construction in another trip where the R1T kept insisting me to drive over a bridge that no longer existed... I started looking around.

I found a few toll plazas on both I-90 and I-95 still weren't updated. In updating these I even noticed another user submitted a fixme: note for the recent finishing of the aforementioned York, Maine toll plaza.

There were a few toll booths I also noticed needing updating along the I-90 corridor Newton, MA and Boston, MA (example).

However, along the roadway where Driver+ was disabling on this specific trip all the toll booths were properly tagged as highway:toll_gantry which leads me to believe there is an "obstruction detection" algorithm that is wrongly identifying either highway:toll_gantry or barrier:toll_booth as obstructions that require manual overriding of the driver assistance systems. This is a mistake in my opinion as these overhead toll scanners are intended to not impede with traffic at all (some require you to slow by 10mph, which adaptive speed control should be able to do if the speed markers are appropriately setup in the mapping data source). This is something that the navigation team at Rivian should fix as on some roads in Florida these gantries are every 2-5 miles apart and on several roads (looking at your Orlando, Florida!).

There was a fellow Redditor this morning that identified the above Floria case to me in discussing if others have seen similar behavior at their local toll_gantries. I needed more mapping data to confirm my above theories correct or not (black box testing the RivianOS navigation software and Driver+ assistance systems).

They confirmed that FL-429 and the Florida Turnpike both have this occur to him at a high rate of frequency (toll gantries are between each and every exit for a bit of time). Below is what I had found...

The above should be enough evidence that warrants Rivian to look closer into this distinction between a Toll Booth and a Toll Gantry for purpose in both navigation and Driver+ assistance features. The current behavior isn't great from a UX perspective and I personally find it strange that I was one of the first owners to raise this to support/guides as a potential software issue.

Here is to being open, honest, and using my career skills of a software engineer to help in debugging this complex semi-robotic system I drive around each and every day. It truly is a pleasure to be a member of this community and helping to make the experience an even better one through detailed analysis such as this one. 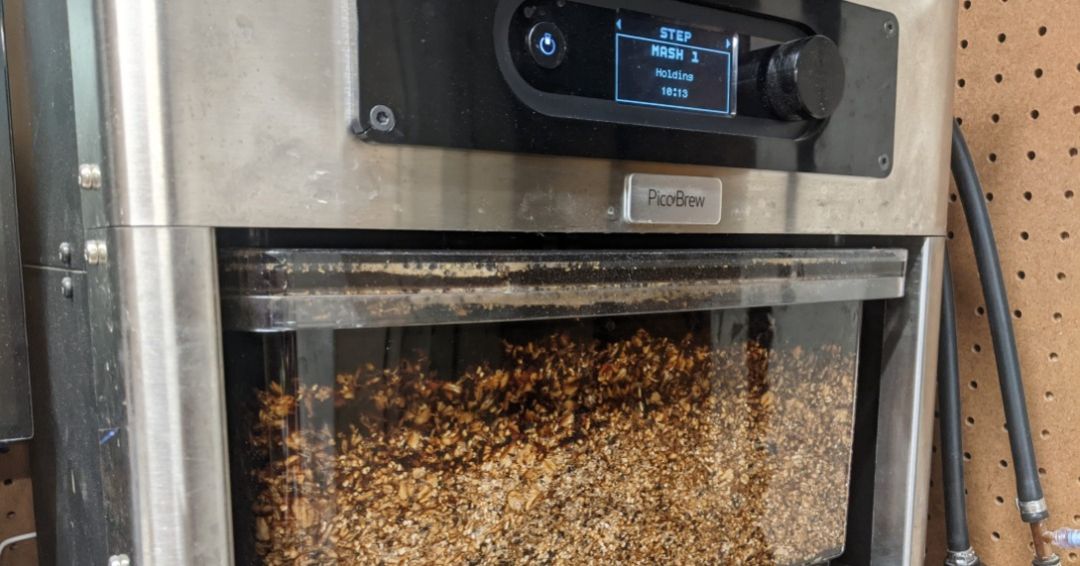 The 3 Years of brewing since moving to New England amongst a global pandemic. One finds friends and fellow beer enthusiasts and a podcast hosts that would drink and critique my substances unabashedly. Read on for more about the journey and experience.

The State of Our Recipes is at an all time high. Never before has a Picobrewer had the ability to find 4 or more sources online to craft and share a Picobrew recipe with the broader community of Picobrewers. Read more about what the community has been up to over the past 2.5+ years.